"Abeer offers a helping hand to take you into yourself to discover your own abilities and strengths. I started seeing things from a different perspective that enabled me to find peace within my self.”

"You were in my thoughts yesterday, and I felt how much grateful that you thought of others enough to work on making The Hoffman Process a reality in this part of the planet! Thank you for the light you brought into my life”

"My whole life was tumbling down; I had lost my orientation and misplaced the reason for my existence! It too.k only ONE session with Abeer and life could never have been better afterwards.”

"When I first met Abeer I went in weak and I came out stronger and empowered. It is great when someone can help you use your full potential as a person. Going through my life later on, I felt more aware of things and people around me”

"Abeer helped me with overcoming a few problems which were becoming obstacles to both my health and professional growth. The most notable thing about her therapy is that it manages to be both gentle and self empowering: it was after a few weeks that I noticed, ‘Oh, that problem has gone!” She facilitates an atmosphere of self-healing and self growth, which I respect greatly.”

"I want to thank you for helping me to be a better and a happier person. 2016 was an amazing year and not because certain events that happened but because i was stronger i learnt how to love me and i was more aware of my surroundings. I opened my heart and since the beginning of the year, i knew how to let my self feel and i lived every moment. Even the sad or difficult ones, i lived them only to recover so fast and come out of it feeling even more powerful than before. You changed my life and i'm the real me now because of you. I don't know what happened exactly or how did it happen but im just thankful for it alhamdillah. And although I only visited you twice and we never managed to finish or end it but i thought of sharing with you that now im ok, free, cheerful and I don't think i've ever ended a year with so much pride and I can say it was an amazing year Alhamdillah and thanks to you. I really appreciate you."

"Thank you Abeer for giving me the best gift in life by showing me the way to loo.k beyond pain and to see love in everything. After the sessions i had with you I feel free, I can no longer loo.k back at my childhoo.d and feel pain. I can only feel love.”

"Whether I like to admit it or not, one truth remains very unchanged in my life. As unique as I was growing up, like many people, I had matters of the heart, matters of the mind, & possibly matters of the soul that were off balance & in need of some re-direction.

I was seen by a number of professionals during the course of my life. And my “issue” did not only not get any better, but it also branched out into several unclear additional “issues”.

With time & lack of proper handling, my simple problem became a chronic one. The only solution I was given over those years was pills & sedatives that did nothing except numb the pain, numb the feeling, & eventually numb my whole existence.

Abeer Almefleh was suggested to me by a dear friend after several years of “no more therapy please!”.

I reluctantly too.k her mandatory 3 sessions combo not because I knew she was the one, but because she came with a new approach that didn’t involve pills.

At the time, I didn’t understand what Transpersonal Counseling nor what Therapy outside psychiatry meant. In time I began to learn & understand. Many questions in my life, about my life were finally united with logical explanations & a solution soo.n followed for many of them.

In time I learned more about me, my childhoo.d, my behavior, my choices and why I had made them. And mostly I learned how to begin necessary change towards what I wanted or I needed to be.

Working with Abeer shed light on areas that affected my relations with all those around me, beginning with myself. I suddenly forgot about my original “issue” & began to see why I got there. I felt validated for all those years I was denied such a right by all the professional help I got. I forgive them all today. I hold no grudge, thanks to my work here. I mostly learned that some psychiatry or therapy professionals are in the [Comforting] business, others are into [Medicating] mental health ailments as long as needed irrelevant of any consequences on the patient.

Abeer follows the approach of overall Healing of the soul, heart, body, & mind. [Empowering] those who seek help.

Such empowerment goes a long way . Working with Abeer Almefleh too.k me back to me, leading me softly towards my Basic Self. ”

"I had the privilege to work with Abeer for few months. She is a talented and a unique therapist. I had been suffering from anxieties and depression for many years and Abeer helped me recognise and understand my negative thoughts and behavioural patterns. She provided me with too.ls that helped me change my responses to the triggers and stressor that caused these anxieties. She also gave me the too.ls to help me empower myself and embrace the "new" me. I have made serveral positive changes in my life after my sessions with Abeer, my self esteem and self confidence levels have improved greatly. Thank you Abeer for all your support and guidance. ”

"I never knew therapy could work until I met Abeer. It too.k just one session with her gentle voice and professional approach to guide me through recognising and owning feelings I never knew existed... It was amazingly relieving and empowering. A true aha moment. ”

Habibti ABEER! Just thinking of you with so much gratitude as we are about to hand out certificates of completion of Hoffman process to some beautiful Arab heart full students. You have done so much for this work spreading around the gulf. I miss you and think of you often and always with love.

“Working with Abeer Almefleh too.k me back to me, leading me softly towards my Basic Self.” 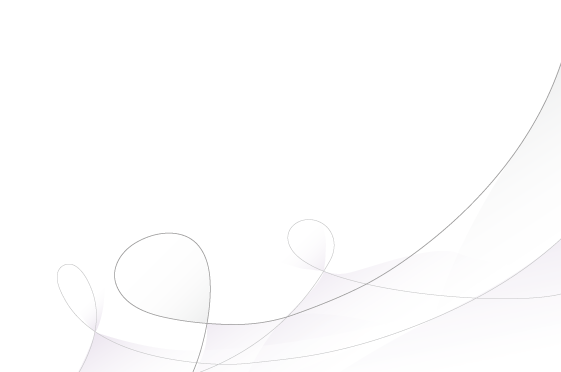